It is necessary to fully cover all key site queries, develop the correct structure, optimize texts and other content on the site
Order

With us you will receive

What is the semantic core of the site for?

Writing and optimization of texts

After selecting the semantic core, you will be able to closely monitor the positions of your site in search engines, understand the effectiveness of promotion and form an SEO strategy

Benefits of working with us

We work so that you get a complete semantic core, which includes all possible keywords in your niche.

We adhere to clear deadlines for the completion of work. In case of possible delays – we will inform you in advance

We do clustering of the obtained semantics, and on its basis we compose the optimal structure of the site

Ours reviews on Clutch.co

Stages of work on the site

You leave a request on our website or by phone

Together with you, we define the tasks of compiling the semantic core, form the plan, tactics and cost of work

We dive into your business, study the entire range of your products and services, understand who your target audience is and how they can search for your product

Next, our task is to collect a semantic core with all possible variants of key queries using services such as the Keyword Planner, Serpstat, KeyCollector and others.

We distribute all found keywords across the pages of your site, if necessary, we write technical specifications for creating new pages, as well as categories, subcategories and filters

FAQ
What keywords are you collecting?

– high-frequency (HF) requests – the most popular requests in your topic (from 1000 requests per month and above), which bring the most traffic, but are too general

– low-frequency (LF) requests – which most accurately characterize your specific product or service, and which can bring the most targeted traffic to the site

– information requests – their purpose is to obtain general information about the product, they are often the beginning of the emergence of interest and subsequent decision-making

You can also detail the order for the semantic core in order to focus on the selection of semantics of a specific type or on certain types of services.

What do I get on the way out?

As a result, you will receive a complete turnkey semantic core, which will include all key queries for your goods and services. It will also contain data on the frequency of key queries in your geo.

Why do you need to collect the semantic core of the site?

It is on the basis of the selection of keywords that the following is developed:

– structure (tree, site hierarchy) is a list of all pages, categories, subcategories and filters

You also need to order semantics for the site in order to track the positions and dynamics of project promotion.

Is it possible to compose the semantic core of the site yourself?

You can also collect semantics for the site yourself, especially if the price of the issue is high for you now. However, you must be sure that you have taken into account all possible key queries, there are no irrelevant words among them, and everything is clustered correctly and taking into account the analysis of the current Google search results.

Otherwise, you run the risk of placing an incorrect or incomplete structure on the site, writing inappropriate texts, and thus losing your share of traffic.

You should be especially careful in developing the structure of the site, it is good to understand which groups of requests should be divided into separate pages, which ones should be divided, which sections and added, and so that they do not form internal duplicates on the site. And what requests will be more efficient to “send” to the informational part of the site.

How is the cost of creating a semantic core formed?

The price for ordering a semantic core is formed primarily based on the amount of work. To do this, at the stage of the first negotiations, we clarify the task of collecting semantics – for some projects, you need to immediately collect a complete semantic core, for others, you can do with a faster templated version.

Also, the cost depends on the number of categories on the site, the availability of priorities, and the complexity of the topic itself.

In order to accurately calculate the price of work on the creation of a semantic core – leave a request, after that we will contact you and specify the necessary input data for the calculation. 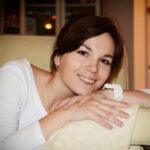 We have worked with the Site24 team for two and a half years. During this period we have managed to significantly increase SEO traffic, improve previously lagging categories and add important functionality to promote the site. Site24 employees always stay in touch; they quickly resolve any issues, offer impressive ideas and keep track of the implementation. I recommend Site24 as a reliable partner in online promotion. 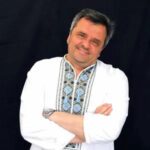 We started working with Katerina Zolotareva and Site24 two years ago. They accomplish great work and are true professionals in their field. Together we went through all the stages of relaunching our sites; from ideation to completion. The sites "Propositsiya" and "Ogorodnik" are specific agriculture-themed resources. It is not as straightforward as promoting an online store or fashion website. Based on the specifics of our business, the Site24 team implemented various of tools for promotion and organic traffic acquisition. The results are impressive. Our site now leads the search queue of its niche. Special thanks to the leader of the SEO team — Katerina Zolotareva and our dedicated SEO specialist — Maria Kharchenko. Your reliability and knowledge is very valuable. We are totally satisfied and recommend Site24 to those looking for experienced specialists in website promotion. 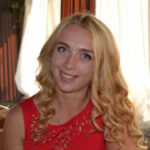 Plastics-Ukraine is grateful for Site24’s help in achieving our stable position at the top of Google search results. The tasks are always performed with quality and within agreed time limits. Recommendations were provided for each product and immediate solutions were developed. Improved results on Google were delivered across three countries where our offices are located: Ukraine, Georgia and Moldova. Choosing Site24 means working with responsible professionals. We’ve collaborated with the team leader Ekaterina Zolotareva for 5 years. She has a unique approach that has achieved substantial results for us. She confidently delivers that the promotion of our site will be successful. A difficult challenge that Ekaterina creatively overcomes. 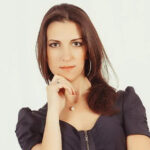 We have been cooperating with the Site24 Team for a long time. We are satisfied with both the results and workflow. I emphasize that it is very comfortable to work with this team. Transparent work planning, clear reporting and timely responses to questions and alterations. There is no need to monitor their work every day: we trust them and their plan. The agreed scope of work will be completed on time. Thankful for their quality and professionalism! 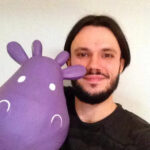 We have been working with the Site24 agency since mid 2017. Based on SEO standards, this collaboration gave speedy results. We managed to significantly increase the visibility of our site on Google in less than six months. We showed up on the first page of Google with nearly all key queries. This allowed us to increase sales and reduce the customer acquisition cost. I would like to express special thanks to Katerina Zolotareva and Evgeny Turchikhin, who manage our project. They are competent professionals in their field. Goals are always addressed at the highest of standards. Whenever I had questions or concerns, someone was always ready to help. Working with them is effective and pleasant. So much appreciation for this team! 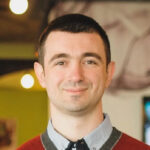 I turned to Katya to for assistance with optimization in early 2017. I admired her thorough approach along with the support during the stage of implementation. Most importantly, the results skyrocketed after changes had been integrated! We’re already working on our next project. Cheers!

We have been working in SEO, PPC and internet marketing since 2011

We employ only the best and most motivated specialists

96% of clients come to us on recommendations from other people

Your project is being worked on

Do you want to order a semantic core for your site?
We can help

Free, confidential and no obligation