Translation of a site to the Ukrainian version by default: how not to lose traffic

Home Blog Translation of a site to the Ukrainian version by default: how not to lose traffic
Tags:About SEO promotion on Site24 blog 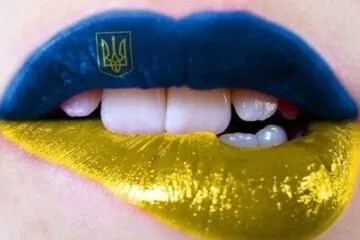 I will say right away that this is an article by an SEO specialist, not a politician / lawyer / linguist, and here I will only deal with technical SEO optimization with a common goal – at least not to lose existing traffic, but it is better to increase it.

The need for language versions

In the realities of 2021, depending on the niche, Russian-language traffic throughout Ukraine (the total frequency of all search queries per unit of time) is 70-80% of all search traffic. This means that the Russian-language version for the site is still needed, because it will generate the vast majority of sales.

The task of an SEO specialist is to analyze and assess the potential of traffic in the required geolocations and, based on this, make recommendations about the need to implement certain search versions. And if in a particular country there is at least 5-10% of traffic in any language, this is already an argument for creating a version of the site in that language.

Also one of the arguments is that your competitors have different language versions. Because, other things being equal, google will give preference to sites that cover a larger number of queries in a given niche, and language versions at least multiply this volume by 2 or more different

For basic optimization, the following rules must be followed:

According to the new language law, the volume of the Ukrainian-language version must not be less than the version in other languages, and it must be loaded by default. What if you previously had the Russian version by default? How to swap the versions without losing traffic?

The situation with a change in the structure of URLs in SEO is solved by 301 redirects. To do this, you need to create a correspondence table “Old url = 301 => New url” and set the task for programmers to implement these redirects. This is how the drawdown of positions and traffic is minimized. I must say that in this case, the drawdown is all possible, but the volume of this drawdown depends on the correct implementation of redirects. In the best case, it will be 10-20% with a tendency to recover, in the worst case, you can lose up to 90% of your traffic.

The difficulty lies in the fact that if earlier you had the RU version by default, and the YuA version had the / ua / identifier in the url, then you need to make such a combination of redirects

It is clear that such a combination will only lead to a cyclic redirect and a crash of the entire site.

Therefore, the combination of redirects in this case may look like this:

However, you can stop at it, and then each url will have an url identifier in its structure. Then it only remains to configure so that urls like site.com/ua are loaded by default

Stage 2 – after full Google indexing of the 1st stage

This is the most correct solution from the point of view of the new language law, but it also has its pitfalls:

If you already have Ukrainian and Russian versions of the site, but the RU version is on by default, then a simpler implementation option that meets the requirements of the law will be:

If there was no Ukrainian version at all

Or we act a little easier. To begin with, we create urls of the Ukrainian version in the same root folder of the site, but generate urls so that at the end of each url there is the addition of the -ua symbols. For example site.com/url-ua. Please note that in this case there is no / ua / subfolder, as is usually the case for additional, non-major, language versions. After from the previous Russian-language urls, set up a paginal 301 redirect to the new urls from / ru /. It looks like this

The only difficulty in this scheme arises with the main page, since we cannot assign additional characters to it in the url. In this case, we make an exception to the redirect rule so that there is no redirect from the main page to site.com/ru, but simply translate it into Ukrainian.

It is also important to understand that if a user comes to your site with SEO results from a Russian-language query, for example, “buy a house”, then the search engine of course will offer the user a Russian-language page, and in this case, no redirects need to be done. These rules apply only to direct visits to the site from the browser line.

Transferring sites to the UA version by default is a rather risky and costly process for a business. And everyone now decides for himself whether to do it now or “wait a little longer”. And if you can’t do without costs, then the risks can be minimized or even avoided if this process is implemented with the support of an experienced SEO specialist.