SEO promotion of a flash-sale project in the clothing niche 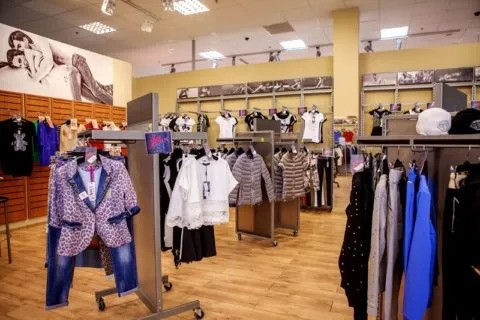 A case about how in 2.5 years of work we have increased SEO traffic 2.4 times on a large project.

In order to be able to publish specific figures and data by agreement with the company’s management, we omit the name of the project and some factual data.

What was at the entrance:

What happened at the output:

What was the task at the entrance:

At the beginning of the work, the project changed the model of attracting traffic from “fast and short-lived” pages of promotions-sales to a static catalog, like a regular online store, which could constantly generate SEO traffic

The main difficulties of the niche:

In the top are large competitors, who have occupied a niche before us
The main targeted traffic can be obtained by low-frequency queries, for which you need to implement high-quality SEO filter optimization

What has been done during this period:

The collection of semantics was carried out iteratively, with the allocation of 20-30 priority areas in each working period. Immediately after collecting semantics, meta tags were made and the process of writing texts was started. In this way, new optimized content was introduced to the site every month and there were no lengthy downtime in implementations.

For example, if earlier there was only a section for “shoes”, then after a detailed study they made such sections as “loafers”, “slip-ons”, “espadrilles”, etc.

Filters for colors and brands have been worked out. The rest of the filters remained closed for indexing in order not to waste the crawling budget and dilute the relevance of the site.

Now the system independently prompts the user to buy a bag for shoes or a scarf for a hat. And we get an additional distribution of weight on category pages.

Experiments have shown that in the clothing niche, texts significantly increase the relevance of site pages and make it possible to reach the top for low-frequency queries. Texts were written for all categories of the site, and due to this they received a significant increase in positions

We have worked out the Ukrainian-language semantics, translated and adapted the meta-tags and texts, and also introduced the markup of the language versions through the hreflang meta-tag.

After a technical audit, we found and fixed a whole list of problems:

The main difficulty of this project was that, due to the peculiarities of the technical implementation, each point of SEO optimization had to be constantly monitored and refined, since errors often occurred, edits were not applied on the entire site, some improvements could “disappear” or not work.

Therefore, technical audits often contained new iterations of improvements on the same points. In addition, it was necessary to quickly change the methods of eliminating certain errors on the site, depending on whether programmers could implement just such an item or not.

Working on such a large and complex project requires active and well-established interaction with programmers and the ability to change ways of solving problems.

Since the project had good PR support, the bulk of the links were built in a natural way due to collaboration with the PR and content department. For our part, we drew up a plan for landing pages for links and anchors, which we passed on to the content department, and also controlled the placement of links in articles and then on donor sites.

We also posted article links on high-quality donors, in the event that we needed to build more links to internal landing pages.

At the very beginning of the work, we also posted links on thematic forums, but later we abandoned this practice, since it was impossible to find high-quality, spam-free sites of sufficient quality.

We did not deal with direct outreach links, since all direct placement was implemented jointly with the PR department.

Conclusions on the project:

The best SEO result can be obtained in projects where there is a productive interaction with the client and where the client’s team develops the website and other marketing channels.

Note that the “formula for success” in this project was:

Previous Post What are google filters? For what you can get under the filter
Next Post Advertising on Amazon: features and nuances of customization
Leave a request
Tags
SEO promotion
Announcement
Case
Contextual advertising
Sale of services
SEO strategy
Popular posts
Recent articles
Cases
Related Articles